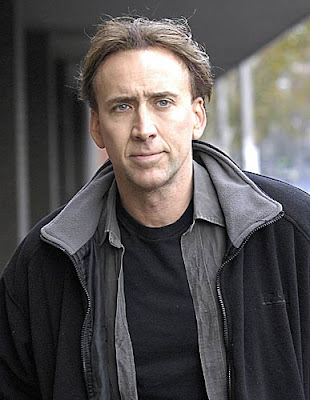 Galloping Into Theaters: Nicolas Cage will once again work with Gone in Sixty Seconds director Dominic Sena in Relativity Media's Season of the Witch. Story follows a fourteenth-century knight who must escort on horseback a girl suspected of being "the witch behind the Black Plague" to a distant monastery. The action-loving Sena was presumably hesitant until Cage convinced him that he "could put in some bitchin' horse chases." [HR]


National Treasure 3 is Officially a Go
Written by Stephanie Sanchez

It was certainly an all Disney, all the time kind of day here at IESB. The studios' preview and showcase of upcoming films was full of a lot of good information and surprises.

Another installment of the popular history based franchise was expected but had not been officially announced.


No release date was given but rumors have it out during the holiday season of 2010.

Information gathered from Cagefactor, a group of individuals dedicated to the fannery of Nicolas Cage.Thanks Colleen!
Posted by imademesss.com at 2:02 PM No comments:

WASHINGTON--Barack Obama will celebrate election night in Chicago's Grant Park---providing scenic backdrops of the city--and near where demonstrators gathered during the 1968 Democratic Convention in Chicago.

The Grant Park location is down the street from Obama's national campaign headquarters on Michigan Avenue.

CHICAGO - The Obama-Biden campaign today announced that the location for the Election Night event on Tuesday, November 4 will be Chicago's Grant Park on Hutchinson Field.

Grant Park is regularly used as an open-air venue for concerts, charity events and sporting activities such as the Chicago Marathon and Taste of Chicago.
Additional details will be announced as they become available.
This message courtesy of the Chicago Sun-Times and columnist Lynn Sweet
Posted by imademesss.com at 4:24 PM No comments: