CHICAGO--Frankie Muniz, famed actor of Malcolm in the Middle, Agent Cody Banks, Big Fat Liar and My Dog Skip, has been named a Brand Ambassador by global gourmet purveyor Sun-Rich International, to promote their premium line of gourmet products from all over the world.

Currently, Muniz is concluding his sophomore year in the Atlantic Champ Car Series as a full time professional race car driver.
Muniz began professional acting at the tender age of eight, and stepped in the Hollywood spotlight with the debut of Malcolm in the Middle. With Muniz dazzling in the starring role, the sitcom went on to become a seven-time Emmy Award-winning, one-time Grammy-winning and seven-time Golden Globe-nominated hit. Acting as Buddy Holly, Muniz recently made an appearance in Walk Hard: The Dewey Cox Story. Other Hollywood credits include Punk'd, Racing Stripes, the comedy hit Stuck on You and horror flick Stay Alive.

"Sun-Rich International not only has delicious premium products, they also have a positive mission to help the underdeveloped communities that support them. That is something I'm proud to stand behind," he said.
Posted by imademesss.com at 12:12 PM No comments: 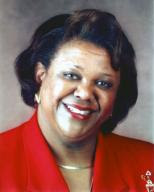 WASHINGTON-- Cynthia M.A. Butler-McIntyre was elected by a unanimous vote of over 800 voting delegates as the National President of Delta Sigma Theta Sorority, Inc. at the organization's 49th National Convention in Orlando, Fla. Butler-McIntyre has been a member of the Sorority for 35 years, and has held several local, regional and national offices.

A native of New Orleans, Butler-McIntyre was greatly impacted by Hurricane Katrina, but never stopped serving the Sorority. Butler-McIntyre is a self-proclaimed servant leader and says she serves her sisterhood, "because it is in my heart." Butler-McIntyre was installed into office by civil rights leader Dr. Dorothy I. Height. During her acceptance speech she gave credit to Jesus Christ, the leader of her life, and was unapologetic about the role God has played and will continue to play in her life.

Butler-McIntyre received her Bachelor of Arts degree in early childhood education and is a 1976 graduate from Dillard University in New Orleans. She earned a Master of Education degree from the University of New Orleans at the age of 20. Butler-McIntyre also holds an Honorary Doctorate of Divinity degree from the Christian Bible College of Louisiana. Presently she is employed as a personnel administrator for all classified employment for the Jefferson Parish Public School System.

Delta Sigma Theta Sorority, Inc. was founded in 1913 on the campus of Howard University as an organization dedicated to scholarship, sisterhood and public service. Today it has over 200,000 members and over 900 chapters worldwide.
Posted by imademesss.com at 9:54 AM No comments:

As found on MediaTakeOut.com, there is trouble in paradise with actress, Lisa Raye and her husband, Premier Michael Misick.


The vast majority of inhabitants of the Turks and Caicos Islands are black and Protestant Christian, according to Wikipedia.com

The official language of the islands is English and the population also speaks Turks and Caicos Islands Creole[9] which is similar to Bahamian Creole.[10]

The Turks and Caicos Islands (TCI) (pronounced /ˈtɜːks ænd ˈkeɪkəs/) are a British Overseas Territory consisting of two groups of tropical islands in the West Indies, the larger Caicos Islands and the smaller Turks Islands known for tourism and as an offshore financial centre.

They are located southeast of the Bahamas, north of Hispaniola, and 914 kilometres (494 nautical miles) from Miami in the United States. The islands are geographically contiguous to the Bahamas, but are politically a separate entity, an autonomous part of the British Empire.

The islands have a total population of about 30,000, of whom approximately 22,500 live on Providenciales in the Caicos Islands. Cockburn Town, the capital, is situated on Grand Turk Island.
Read more updates, backstory:
Too bad things aren't working out--he's cute.
Posted by imademesss.com at 11:47 AM No comments: