File this one under OMG!

Posted by imademesss.com at 12:07 PM No comments:

PHILADELPHIA - A federal appeals court on Monday threw out a $550,000 indecency fine against CBS Corp. for the 2004 Super Bowl halftime show that ended with Janet Jackson's breast-baring "wardrobe malfunction."

The three-judge panel of the 3rd U.S. Circuit Court of Appeals ruled that the Federal Communications Commission "acted arbitrarily and capriciously" in issuing the fine for the fleeting image of nudity.

The 90 million people watching the Super Bowl, many of them children, heard Justin Timberlake sing, "Gonna have you naked by the end of this song," as he reached for Jackson's bustier.
Read more
Posted by imademesss.com at 12:30 PM No comments:

According to the agreement signed by all parties, Federline gets sole legal and physical custody of sons Sean Preston and Jayden James and Spears will have visitation rights.

"The case has been settled," Kaplan said. "The court still has to approve it. " Both parties are due in court Friday morning.
Read more
Posted by imademesss.com at 12:28 PM No comments:

I hadn't heard anything on the Fourth of July holiday and that was strange. I had the urge to call the day before but since I have a history of being pushy, I let it go. 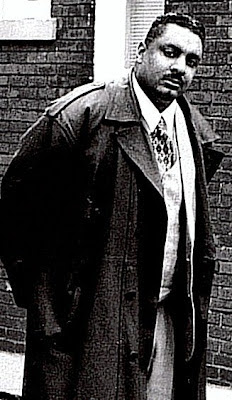 On the fifth, my birthday, it was my obligation to find out what was going on. It wasn't like Bill to not want to light firecrackers with little Billy on the holiday--it was a yearly debate.
I hoped he wasn't in jail. Illness had not crossed my mind. I thought he was the picture of good health but the things we think can be wrong. 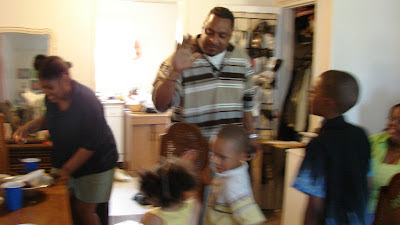 Lauren's Birthday party June 14--the last time we were all together.

He was in the hospital.
William James McCloud III died July 15, 11 days after entering the hospital--after telling his wife Jennifer he wasn't feeling well.
Bill left work early that Wednesday, after consuming an energy drink. Apparently he was having a heart attack. His arteries were blocked.
Bill was only 38 years old. His birthday is next month and his mother tells me a big celebration had been planned.
Bill was my husband. He is the father of my two children. Even though we decided to live separate lives, we still cared for each other. We cared enough to let each other live in peace and stop the fighting. We got along because we wanted to. 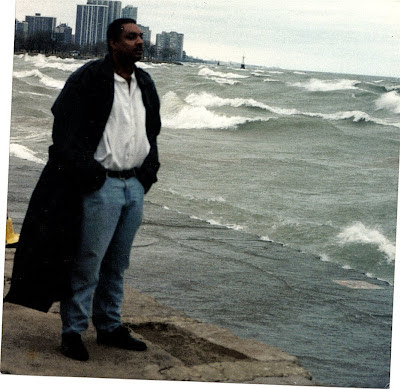 Now, he is gone and I feel my former better half has left me alone. When in personal crisis, he was my go-to-guy.
Goodbye, Bill you are loved and I will make you proud and bring honor to your good name.
In Love,
Lauren, Billy and Leslie
Posted by imademesss.com at 9:03 AM No comments: